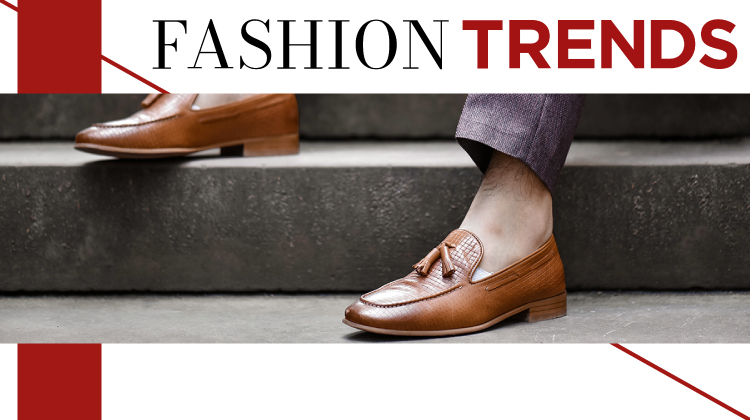 The Loafer Shoe, its origin, types, and how to wear it this season. The moccasin is a fairly old shoe that has now come back reinvented with very striking designs, conquering the catwalks and the streets since many women have chosen to wear them.

Whether with its classic sole or the very trendy track sole, the moccasin or loafer is classified as one of the most comfortable and versatile shoes in the world, as well as being available for both men and women.

Its evolution has been significant. And today, it is already considered a wardrobe basic, which is why it implies an excellent and brilliant investment when going shopping and wanting to arm yourself with a timeless, functional and comfortable pair. So today, we are going to know a little more about them.

History and evolution of loafers

The first idea when designing and making this type of shoe was that it would serve both men and women. They are versatile, with style and comfort, making them a unisex piece from the start.

They are one of the most popular footwear in Hollywood and the workplace. Their use was very common among women dedicated to everyday work and the actresses of the time. So it is a symbol of professional aesthetics and a casual appearance, thus forming part of that period’s modern woman’s wardrobe.

It was more common to see that people wore this type of shoe with pants of all kinds of cuts and lengths. However, younger women wore them as casual shoes and for social outings.

In this decade, footwear models with a more feminine style appeared, with heels being the preference.

However, working women were still inclined to wear more comfortable shoes for daily work, ballerinas and loafers being the favorites for work.

So they had a wide variety of options to wear at the time.

Adored by the movie stars of the moment, it will seduce the new urban tribes.

In this decade, the Beatnik community is present, an American youth movement of the mid-twentieth century characterized by its bohemian life and rejection of social conventions. Thanks to these lines, the loafer footwear model fit perfectly in how they dressed.

Its postulates accepted this type of footwear very well, in addition to sandals and ballerinas, making them a typical banner of this movement. And they passed these ideas and aesthetics to other generations, who adopted the use of loafers as part of their wardrobe because comfort was most precious.

But the Hard Mods, another movement born at the beginning of the 60s, also gave a lot of relevance to aesthetics and chic. They were in charge of giving a twist to the use of loafers, wearing them both with pants and with skirts and dresses.

Apart from the youth and fashion movements that were formed, the moccasin continued to reign in the workplace. Since people did not limit its use during these years, they especially wore it with pants. And thus, the evolution of woman loafers continued to transcend in the sixties as in the seventies.

The use of the loafer is still on the rise, worn by the new street-style tribes and everyone else.

The most conservative social strata widely used this shoe type thanks to its comfort and durability. As we mentioned, it is a fairly old shoe that has evolved over the years and has become a trend, sometimes more than others, but without disappearing completely.

This year they have returned renewed with striking and particular models. Such as the track sole, which is rubber and has relief at its base, has made it an ideal shoe for daily use. And in this time of rain and low temperatures, thanks to the fact that they have more body, they serve to protect our feet, thus being a perfect option to walk comfortably.

In addition, we find them in their low version and in heels that have become very popular if your thing is wearing high shoes. This option is perfect since it combines the hardcore and elegance this type of shoe gives with height. We can’t fail to mention the materials since we can find this model in opaque and shiny leather if what you want is a more casual and elegant touch to wear at night.

How to wear Loafers

But if you still don’t know how to combine this type of shoes, here are some ideas: In this category, we must also include Bermuda shorts and shorts since they are the most classic and common garments to wear this type of footwear without leaving aside jeans, whatever the cut and tone of your preference. So this combination is a yes without fear of mistakes

With skirts and dresses

We already mentioned that the loafer is a versatile shoe. Thanks to this, it goes well with pants, dresses, and skirts. Whatever length you choose, the moccasin will go well with both mini, midi or maxi lengths. The style and design will depend on your taste. The use of the loafer had its origin in the workplace. So obviously, it is still an option to wear it in your office attire and thus give it that executive touch if you are dressed casually.

This trend is very much in vogue, and if it is your style to wear masculine-looking garments. Loafers will complement that look perfectly and accurately. But if you do not want to go to the extreme, break with masculinity, wearing your lips in intense red and with a wallet of the same color to match. A pair of jeans and a basic white or striped cotton t-shirt will be enough to put together a simple but powerful look together with your loafers and look great without much effort. Include bright color accessories if you want a more chic touch to the outfit.

If punk is your thing, loafers with track soles and matte or patent leather will look perfect. If you also include a leather jacket, graphic tees, ripped jeans and tights or leggings. The use of stockings is back, either whole tights or the ones up to the knee. And what better way to combine than some loafers with thick track soles? If you like both, we tell you that together they are an explosive and striking combination and that you can wear them with shorts and mini skirts, looking romantic but also sexy at the same time.

In addition, this style is perfect for the next Christmas looks. Just make sure that both the stockings and the shoes are the same color or tone.

The moccasin will always be present in fashion and will adapt to the changes that are taking place. That is why we mention that it is an excellent investment for your wardrobe.

And if you want to know everything related to fashion and the latest clothing trends, subscribe to our newsletter.

Fashion Trend Alert: Tights and boots for this fall 2022 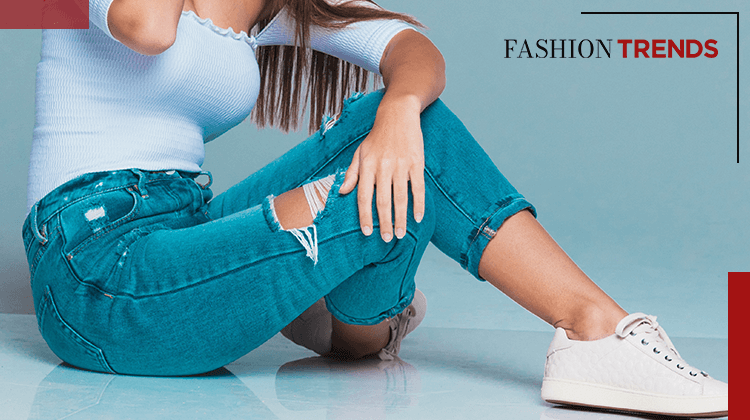 7 types of shoes that look great with your jeans 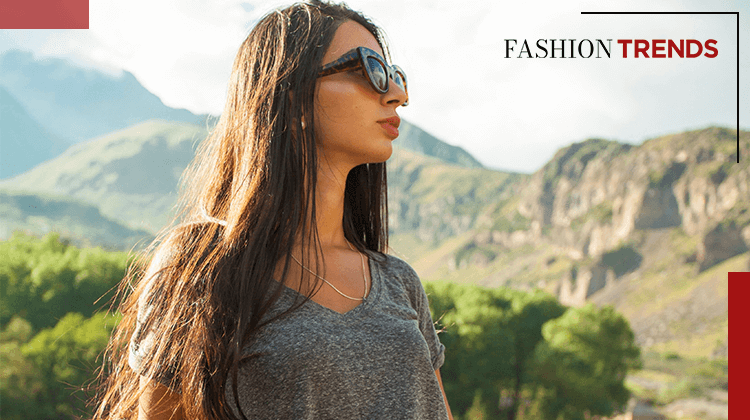 Learn how to create an amazing sporty look to feel comfortable 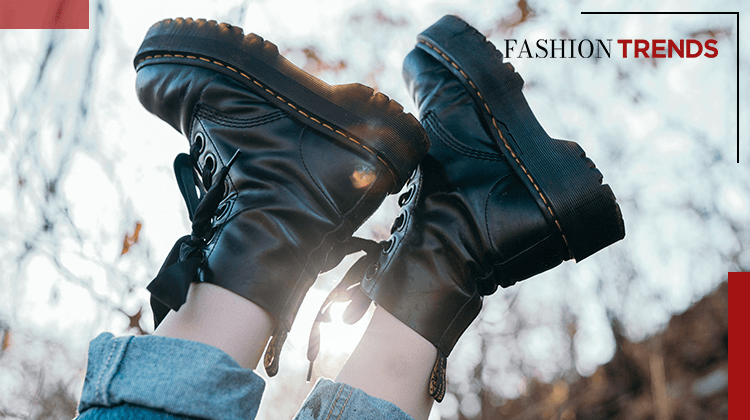 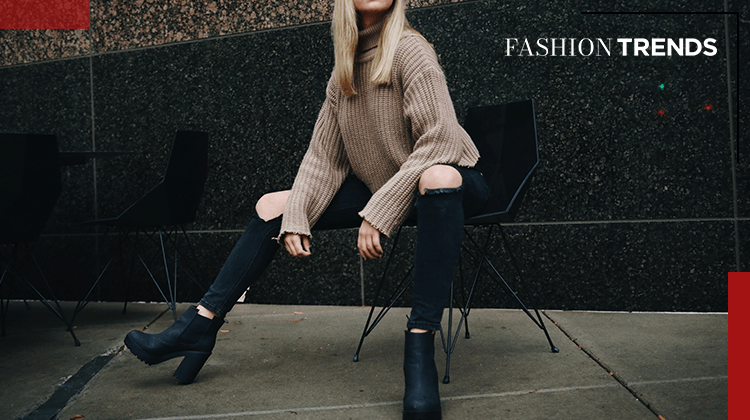 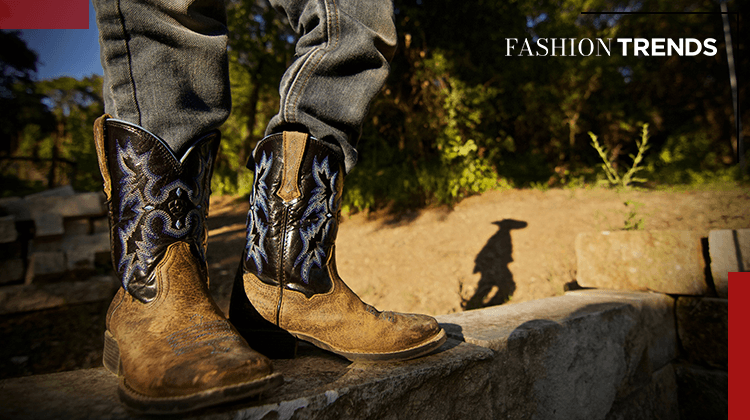 What are the best cowboy boots for men this summer?

Fashion Trend Alert: Tights and boots for this fall 2022